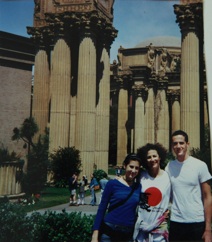 On October 18, 2003, I returned to Phoenix from teaching a yoga workshop
and was greeted at the Sky Harbor airport by my father and two brothers with the news that my 20-year-old-son, Brandon, and his 19-year-old girlfriend, Lisa, had been shot to death while camping overnight. They were sleeping in the back of her mother’s pickup truck in BumbleBee Arizona, about an hour north of Phoenix, AZ in celebration of their one year anniversary. 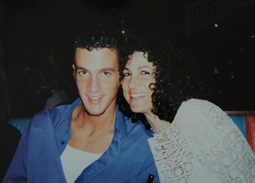 When they didn’t show up for work on Saturday morning, we all knew something must be wrong, but they weren’t discovered until Sunday. There was no robbery, no apparent motivation and although it was broadcast to the country on CNN and America’s Most Wanted, the case was never solved. 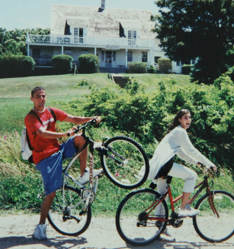 I am very fortunate that I have another child, Jessica, my beautiful daughter. This was a devastating loss for all of us. An unthinkable tragedy. An unimaginable pain. My deepest sadness and fear at the time of this tragedy was that I would never again know joy.

I feared that my life would always have a tone 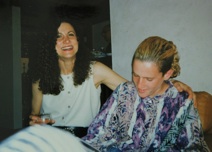 of sorrow. I set out on a mission to work in the direction of reclaiming my joy and reason for living. My spiritual journey had officially begun and after almost two years, and thousands of frequent flyer miles, landing into the open hearts of friends and strangers, I realized my son’s death could renew my own life and purpose.

as certified in Iyengar yoga in 1994 and in Anusara Yoga in 1999.  Since that time I have been traveling full time, teaching yoga workshops and retreats all over the world. I believe it has been the steadfastness and inner strength I have learned directly from my yoga practice that has enabled me not only to survive, but thrive. For the first two years, I was in so much emotional pain that I couldn’t help but share it in my workshops. I shared my grief openly with my students and many of them thanked me for being an example of someone not afraid to be real and true to her feelings.

I travel full time teaching yoga and believe it is a

healing mission for me to go out and share what I have learned about regaining joy after such tremendous loss.

I would like to let more people know that there is a way to mentally, emotionally AND physically transform the pain and suffering of the past and truly regain motivation and a sense of peace.  My healing process was also assisted by a terrific counselor and the teachings of Abraham-Hicks’ principles of the law of attraction.  After all these years, it has become clear to me that the union of the human experience with the knowledge of the Divine presence within has helped me to embody the feeling of joy and freedom that it seemed this tragedy had taken away. 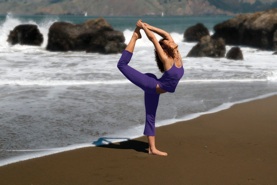 The power of Yoga is immense and priceless. I am grateful.